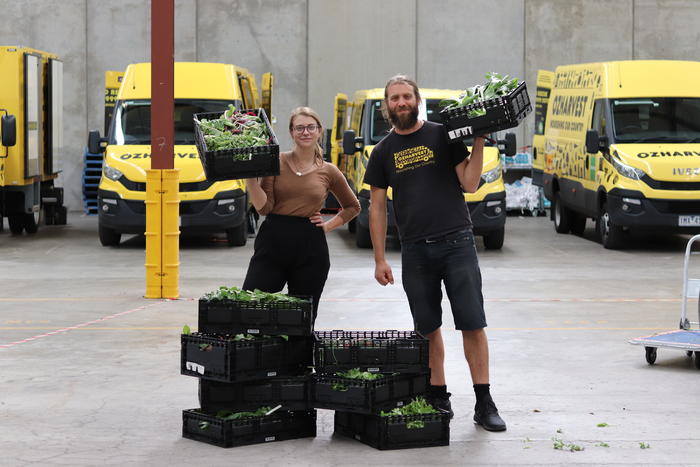 On 24 May, Cirrus Fine Coffee celebrated a milestone achievement for its two-car-space pop-up farm, which has producing enough food in six months to feed two adults for a whole year.

Cirrus Fine Coffee partnered with sister company Biofilta to set up the pop-up farm at its Port Melbourne roastery in November 2018. The roaster says the pop-up farm reimagines how the coffee industry and cities can use waste and space.

The World Health Organization recommends an adult human eats at least 400 grams of fruit and/or vegetables each day, or roughly 150 kilograms per year.

“We wanted to find out whether we could grow enough vegetables to feed one person in one car space for one year,” Cirrus Fine Coffee Director Brendan Condon says.

“A few staff swapped their cars for bikes, so we had two free parking spaces. Our challenge was to grow 300 kilograms of vegetables in one year.”

“What happened next was beyond our wildest imaginations. We grew 300 kilograms of food in only 6 months. We reached our target in half the time,” Brendan says. We made a short film about it which is getting huge interest over social media – see this link

“Cities produce huge streams of organic waste and have lots of spare space for urban farming. If we use clever food growing systems, we can use these waste streams and under utilised spaces like carparks to grow large amounts of fresh food to help feed hungry cities, and cafes and coffee roasteries can be part of that sustainable future.”